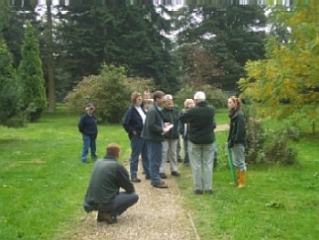 The OED defines Arboretum as "A place devoted to the cultivation and exhibition of rare trees: a botanical tree garden".

Following the Second World War, students from the Forestry England's training school based in Lynford Hall commenced planting species, primarily of interest to commercial forestry, but also other types of trees to see how they fair in Breckland conditions. The site chosen was part of the Victorian, and earlier, parkland which surrounds the Hall. Initially the Commission's arboretum was confined between Lynford road and the old water tower, this was extended south to the lake and in the early 1980's, east to the boundary of the military training area. 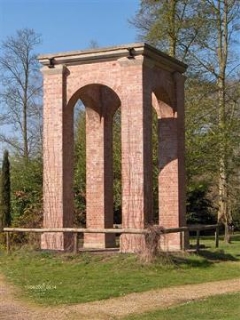 Planting continued until the 1990's, and then in 2006 the Commission asked Friends of Thetford Forest to undertake the basic care of the arboretum. As a response to this request, in February 2007, FoTF Lynford Arboretum was formed. The group's purpose is to nurture and improve the shrub layer, plant young specimen trees and foster the tranquillity of the place. As with most things in life other things emerge; the whole area teams with wildlife and effort is now being directed to sustain and enhance this. Forestry England is also charged with assisting in the nation's efforts to counteract the affect of climate change. To this end it is looking to its arboreta for answers, though with trees this will take a lifetime or two. Lynford is the most easterly of the Commission's nine arboreta with the driest of conditions; it also has one of the least fertile soils, consequentially it is seen as ideal place to gauge the changes which may occur. Increasingly young trees are being sent to Lynford for planting out to assess their potential; these are being grown from seed collected from around the world, at the National Pinetum at Bedgebury in Kent.

The boards, an example of which can be viewed here, have been designed to help visitors to the Arboretum understand the:

FoTF Lynford Arboretum meets between 4 and 6 times a month on Wednesdays and Sundays and we invite FoTF members to assist in this project. If you are interested in becoming involved with this project (gardening on a rather grand scale), please contact FoTF by email volunteering@fotf.org.uk.